You Ruined Your Hair — What Now? 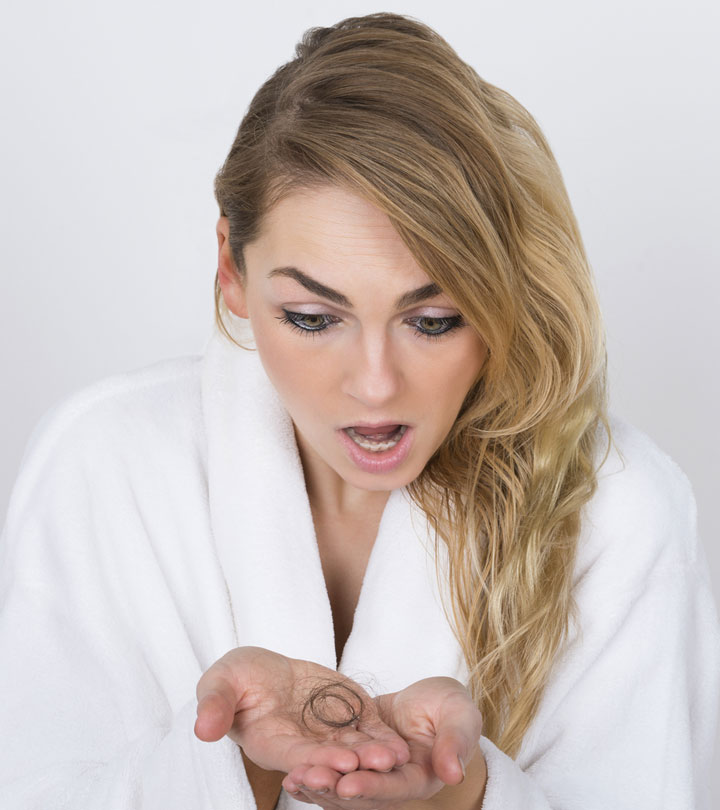 We all have haircuts or styles that we look back on years later and regret, but what if you’re regretting what your hair looks like right now? Homemade haircuts, bad perms, and overprocessed color can leave you wondering exactly what you were thinking when you decided this would be a good idea. But if it’s too late and the damage is already done, what are your options to fix things?

If you have cut your own hair and it looks, strangely enough, like you cut your own hair, do yourself a favor and stop now. Don’t cut any more hair off, thinking that you’re suddenly, magically going to gain some skills to make it all better. Quit while you’re only halfway behind, and call a professional. The more hair you still have left, the more likely it is that they’ll be able to do something to help you. If it’s bad enough that you don’t feel brave enough to venture out in this condition, there are still hairdressers around that do house calls, but you might have to pay a little extra for the privilege of not having an entire salon giggling at you.

Overprocessing is a much slower way to ruin your hair, but the end results can be just as bad as any terrible cut. Too much blow-drying, heated irons, products, and chemicals can turn your hair into a brittle mess. Hair is forgiving to an extent, but there’s only so much it can take, and once it starts breaking, it starts to look really bad really quickly. If you are guilty of frying your hair with every kind of processing known to man, there are two steps to get out of trouble: one, you’ll have to make the decision to stop ruining your hair, and two, you’ll have to get a hairstyle that doesn’t take so much manipulation to look good. Tell your hairdresser that you’re worried about all the damage you’re doing, and get her to suggest a new style where she can trim out the parts of your hair that are beyond repair, and leave you with a nice-looking style that’s a bit more low-maintenance, to give your hair a chance to grow out healthy again.

Coloring your hair at home can lead to some interesting results. Sometimes the first color you choose doesn’t come out quite how you hoped, and the temptation is to buy another box in a different color and try again. If you have colored your hair two, three, or even four times in a short period, this can cause serious damage to your hair, especially if you were trying to lighten it, and in the end you probably still ended up with a color that looks anywhere from a bit different, to downright weird. If this has happened to you, don’t make the problem worse by trying to color your hair yet again — you’ll just end up causing more damage, and the color is unlikely to get any better. Instead, go to a salon and admit your mistake. Even hair that has gone orange or green from too much color processing can still be saved, in the right hands. Don’t try to handle it yourself.

Worst case scenario, if you have somehow ended up in such a bad situation that you either have almost no hair left, or it’s so damaged that it can’t be saved, don’t lose hope. Hair extensions can rescue you, even if your hair is as short as half an inch long. Hair extensions are no longer the plastic-looking fake weaves of the past; they now use realistic looking hair (even real human hair if you’re willing to pay for it), and the techniques used to attach the hair allow for a much greater amount of camouflage than in the past. Extensions can take some getting used to, but that’s a small price to pay if your other option is to walk around with no hair. If you don’t fancy the idea of wearing scarves, hats, or wigs for several months, extensions can often be the magic answer.

The important thing to remember if your hair is in critical condition is not to panic. A skilled hairstylist can get you out of 99% of bad situations without sacrificing all your hair. In any case, it’s just hair, it will grow back, and in the mean time there are always methods to cover up the damage. Choose a stylist you trust, follow their advice to the letter, and make the commitment to yourself to learn from your mistakes and make more informed choices in the future.