Another Reason to Indulge: Health Benefits of Chocolate 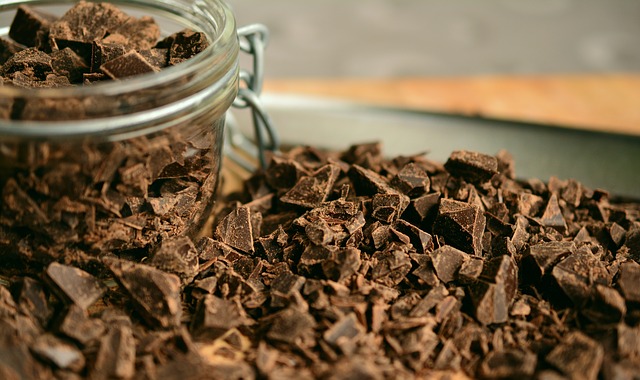 Just in case you needed an excuse, a new study gives us more reason to indulge in chocolate. Previous studies have revealed health benefits associated with eating dark chocolate. The latest study shows that cocoa can reduce the inflammation associated with migraine headaches.

At the International Headache Congress meeting in Philadelphia, researchers claimed that cocoa powder helps reduce inflamed cells related to migraine headaches in rats. The study was done with cocoa powder. So the discussion of health benefits is directly associated with dark chocolate which contains at least 60% cocoa by weight. The higher the percentage of cocoa, the better. The cocoa is a source of bioflavonoid antioxidants, which heal damage done to cells in our bodies.

The irony about chocolate is that so many people consider it a guilty pleasure. Yet, doctors tell us otherwise. Dr. David Katz is the director of the Prevention Center at Yale University. He believes that one of the reasons why we love chocolate is that it actually triggers parts of our brain connected with sensations of pleasure:

“The xanthine compounds in chocolate — a group of chemicals that includes caffeine — aid that reaction. ‘It’s absolutely magic food,’ Katz said. ‘Because it’s so good, it almost feels a little naughty.’”

So, chocolate can help alleviate migraine headaches; and it makes us feel good. But previous research has demonstrated other health benefits to eating dark chocolate on a regular basis:

“There has been compelling evidence that eating dark chocolate has positive cardiovascular effects. Studies have found that chocolate can lower blood pressure, reduce the risk of blood clots and improve blood flow through veins and arteries in humans.”

It really does sound like magic! It has so many health benefits that we should not ever feel guilty about eating it:

“A study in the September issue of the Journal of Internal Medicine showed that heart attack survivors can reduce their risk of a second heart attack by eating chocolate several times per week.”

Dr. Katz believes there could be a time when doctors actually prescribe eating dark chocolate as a part of a diet. That day is not yet here, though:

“It is not clear how often and how much chocolate people should eat before the excess calories, sugar and subsequent weight gain becomes a problem, and this is one area where research could move forward.”

There are still a few concerns. First, the distinction between milk chocolate and dark chocolate is of critical importance. Most Americans eat plenty of milk chocolate. However, if the chocolate doesn’t contain at least 60% cocoa, then it doesn’t have the health benefits but does have fat and calories that actually can add to health problems.

Although I grew up not enjoying dark chocolate simply because I thought it was so bitter, because of the health benefits, I began eating dark chocolate once in a while. As a result, I have acquired a taste for it and now love it — so much so that I have to be careful that I don’t have too much. But it’s nice to have an indulgence that really is good for our bodies.

Once in a while, I really do like these studies. I could use an occasional reminder to eat chocolate!